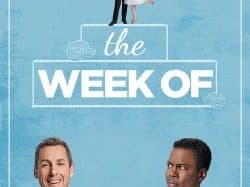 A devout middle class father (Adam Sandler) is determined to pay for his daughter’s wedding despite the insistence of the groom’s father, who is much richer (Chris Rock). A series of calamities forces parents (and their families) to join and endure the longest week of their lives.