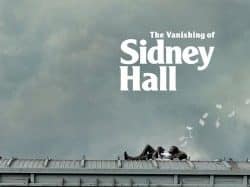 The Vanishing of Sidney Hall

The young writer Sidney Hall writes a book that defined his generation and made him world famous. But fame threatens to destroy him and later disappears without a trace. The decline of his professional career is appreciated as the years go by and this film shows him through his eighteen, twenty-four and thirty years.