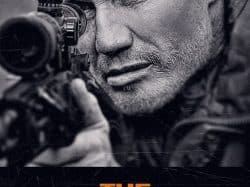 In 2008, Loke Hakansson enjoyed a family vacation in southern Italy when his wife and daughter were abducted. After an unsuccessful attempt to barter, both were killed. Ten years later, Hakansson is contacted by a local detective who has reopened the case and claims to have new information. However, when he tries to contact him again in Italy he discovers that his new contact has apparently committed suicide.