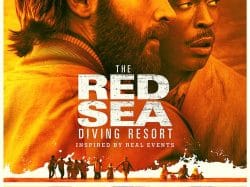 The “Operation Brothers” began in the early 80s in the Arous Holiday Village, a small recreation center on the banks of the Red Sea. The resort’s brochures were distributed in European travel agencies: paradisiacal beaches, desert tours and underwater expeditions to see sunken ships off the coast of East Africa and coral reefs. Everything was led by Israeli intelligence agents who pretended to be resort workers.