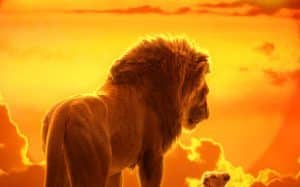 A remake of the 1994 Disney animated classic ‘The Lion King’ that will be directed by Jon Favreu. Simba (Donald Glover) is the son of the king of the lions, Mufasa, and heir to the entire kingdom. But when his father is brutally murdered by his uncle Scar, he will decide to flee, leaving his way for his uncle to take his father’s position as leader of the pack. On his way, Simba meets the Timon meerkat and the Pumba wild boar, who will teach him to live life without worries. But the young lion will be forced to decide between his trouble-free life or his destiny as king.