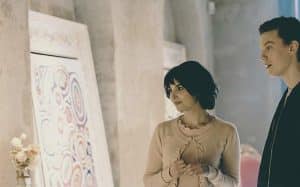 An unexpected opportunity presents itself for Robert Atkinson, a London banker who risks all his savings to leave his mundane life behind and start a new one. For this, he signs a contract with a Chinese cartel to take a briefcase to Amsterdam. However, not everything is what it seems in a city full of dark secrets. Pursued by a world of drugs, seduction and violence, Robert awaits his turn in a deadly game in which every action has its consequence.