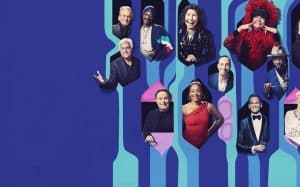 Charming personalities with a wonderful sense of humor were in front and performing.
NBC needed a cheap show. Happy accidents were caught during the game.
It attracted all the top celebrities, including 1968 presidential candidate Richard M. Nixon.
Neal Patrick Harris and Tiffany Haddish host still Laugh-In with a light touch, as did Rowan and Martin’s original duo, even though Harris and Haddish had no prior reason to associate for it.
They go to the cocktail lounge and the joke wall.
No matter where or when, the goals remain the same. Laugh-in had no shame in the game, going after the Ku Klux Klan, gay rights, police brutality, drug laws, the NRA,the Russians and even produced news.