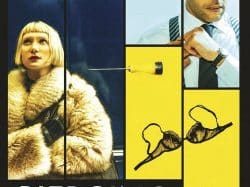 To get rid of a recurring fantasy in which he murders his baby with an ice pick, Reed decides he has to kill someone. So he takes Sharon Stone’s favorite weapon and stands in a motel where the prostitute she has called soon arrives. Everything is perfectly planned, only that nothing will come out as Reed believed in this psychothriller based on a novel by Ry Murakami.