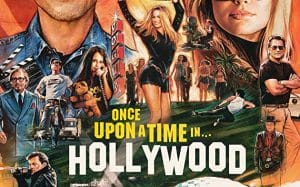 Once Upon a Time in Hollywood

The film focuses on the changing landscape of Hollywood in the late 60s, when the industry began to forget the classic pillars. The star of a western television, Rick Dalton (DiCaprio), tries to adapt to these changes at the same time as his double (Pitt). However, Dalton’s life seems to be linked to his Hollywood roots, since he is a neighbor of actress and model Sharon Tate (Robbie), who ends up being a victim of the Manson family in the August 1969 massacre.