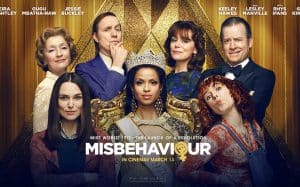 Year 1970. The Miss World pageant is held in London presented by Bob Hope, legend of American comedy. At that time Miss World is the most watched television show on the planet, with more than 100 million viewers. In a live broadcast, the newly created Women’s Liberation Movement invades the stage and interrupts the broadcast, stating that beauty pageants degrade women. Thus, overnight, the Movement becomes famous … When the program resumes, the choice of the winner causes a new stir: she is not the Swedish favorite, but Miss Grenada, the first black woman to be crowned Miss World. Within hours, a global audience witnessed the expulsion of patriarchy from the stage and the birth of the new ideal of western beauty.