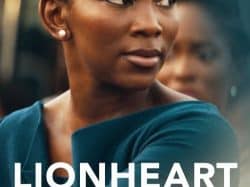 Adaeze (Genevieve Nnaji) is a woman who is determined to take the reins of the transport company her father drives. Blinded by sexism, the patriarch of the family favors his son to take the position of responsibility to which Adaeze aspires, which encourages her to work even harder to prove her worth. However, everything changes when he discovers that the company is financed illegally, something that causes him to finally decide to accept a different role in the company than he had originally planned.