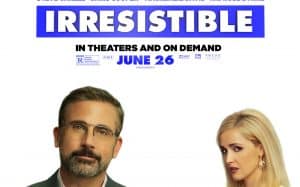 Gary Zimmer, the chief strategist for the Democratic National Committee, watches a video of a Navy Colonel speaking out for the rights of undocumented workers and believes he has found the key to winning back the heart of the country. To counter Zimmer’s strategy, the Republican National Committee confronts him with his nemesis Faith, causing what started as a small confrontation to escalate into a battle to conquer the heart of the United States.