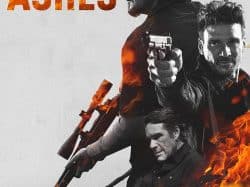 Nick Brenner considers that he has left behind his violent past with his wife. However, the group of gangsters he works with has not forgotten the money he stole, so they decide to take away what he values most: his wife. With the help of the sheriff of his city, who also turns out to be his father-in-law, Nick must decide if he wants to stay on the path of his new path or if, on the contrary, he prefers his enemies to pay with blood for their actions.