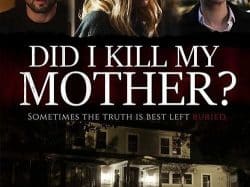 Did I Kill My Mother?

Although there is no evidence to suggest that the movie was based in real life, the plot of his seems to be plausible enough to be terrifying: “a year after the murder of unfounded and suspicious of his father’s, the mother of a young man is found dead in the house in which they live. “The police believe may be the killer, and she and her friends must prove his innocence, while they dig deeper into the hidden life of the killer’s true”.