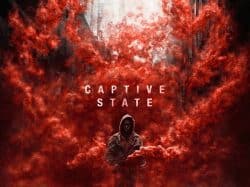 In a Chicago neighborhood, almost a decade after an occupation by an alien force, ‘Captive Nation’ explores the lives of both sides of the conflict: collaborators and dissidents. Ten years ago, the aliens snatched the planet from humans. Today, a group of rebels will try to start recovering it.