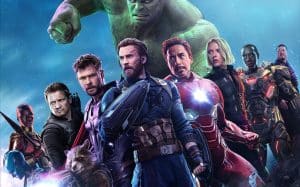 It celebrates 10 years of Avengers movies – from Tony Stark’s first exit, Iron Man, to the devastating battle against Thanos in Avengers: The Infinite War launched earlier this year.
The trailer shows that many of the heroes of the Earth still deal with the loss of closest friends who disappeared at the end of the Infinite War.
The distribution list shows that all the main players will return – including Benedict Cumberbatch as Dr Strange, Tom Holland as Spider-Man, Zoe Saldana as Gamora, and Tom Hiddleston as Loki.