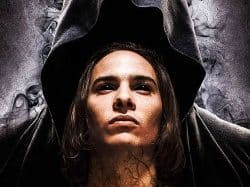 Astral narrates as Alex, a young man who seeks an explanation for the premature death of his mother, resorting to spiritual contact since the relationship with his father is broken. As a student of metaphysics, Alex intends to use the scientific premise of astral projection, the ability to project your own spirit into an invisible spatial dimension. When making the attempt, Alex will be surrounded by shadow spirits, malevolent entities that try to enter his body to access our world. Alex discovers that he is not the only member of the family that has been harassed by such beings, and the dark past of his mother will attract his attention.