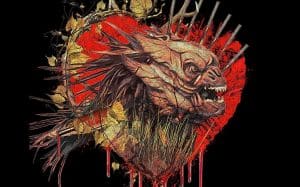 In the eyes of Hank (Jeremy Gardner), the owner of a small town bar, the 10-year relationship he has had with Abby (Brea Grant) has been practically dreamlike. Abby, however, looks for something else: he wants to get married as soon as possible, something that Hank doesn’t seem to be prepared for. As a result of his indecision, Abby decides to leave him without leaving an explanatory note behind him, which leads to an existential crisis that leads him to have nightmares and hallucinations. Hank is convinced that a creature scratches the entrance door of his house every night, plunging him into a world of madness and despair.