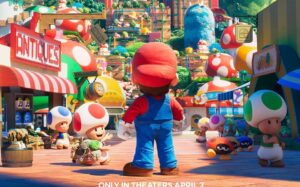 Animated film based on the Nintendo video game franchise Super Mario Bros. It will be produced by Shigeru Miyamoto, the creator of the license, and will be produced and animated by Illumination Entertainment (The Minion). It is not released yet, but the year 2023 will come with a super cartoon movie.