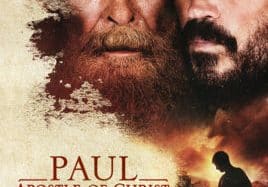 Pablo suffers in solitude in a Roman prison, awaiting his execution by order of Emperor Nero. Mauricio, the ambitious prefect of the prison, finds it hard to imagine what kind of danger this man in ruins could pose. In another time, it was Saul of Tarsus, a brutal murderer of high-ranking Christians. Now, their faith disturbs Rome. At great risk, Lucas, the physician, visits the old Paul to comfort and attend him … as well as to ask him, transcribe and clandestinely remove Paul’s letters to the growing community of believers. Despite the inhuman persecution to which Nero subjects them, these men and women will spread the Gospel of Jesus Christ and change the world.