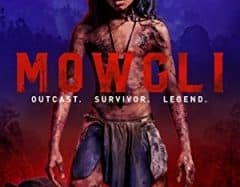 The story shows the growing up of the human child Mowgli, who is raised by a wolf pack in the jungles of India. While he teaches the often harsh rules of the jungle under the bear Baloo and panther Bagheera, Mowgli is accepted by the animals in the jungle as one of them. By all animals, except for one animal: the terrifying tiger Shere Khan. But there are greater dangers in the jungle, where Mowgli has to accept his human origin.