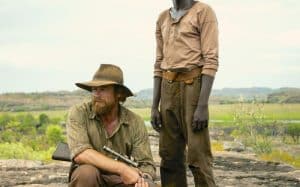 After fighting in World War I as a sniper, Travis, now a police officer in the vast wilderness of northern Australia, loses control of an operation that leads to the massacre of an indigenous tribe. When his superiors insist on hiding the truth about what happened, Travis leaves the place saddened to return several years later. His new goal is to hunt down Baywara, an Aboriginal warrior whose attacks on the conquerors are causing chaos. Travis, now a bounty hunter, hires Gutjuk to guide him through the trails he has to travel. The sole survivor of the massacre causes memories to resurface in the mind of a Travis who has fought futilely to leave his past behind.