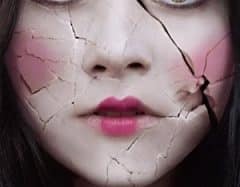 After the death of her aunt, Pauline and her two daughters inherit a house. But on the first night, murderers break into the house and Pauline has to fight to save her daughters. A drama that traumatises the whole family, but especially each of the two girls, whose personalities are increasingly different after the terrible night. While Beth becomes a recognized author who specializes in horror literature, Vera is overwhelmed by destructive paranoia. Sixteen years later, the family is reunited in the house that Vera and Pauline have never left mentally. Where strange things then happen.