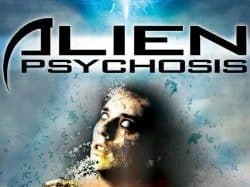 Ryan O’Neil, a war veteran who suffers from post-traumatic stress disorder after being wounded in combat, returns home with his pregnant wife, Stephanie. Her brother Tony, a corrupt police officer, has been helping her while her husband has been serving the country. Ryan and Tony have never loved each other very much, and things heat up when Tony tries to get involved with their marriage. But when Ryan starts having flashes and visions of murderers, aliens and other strange beings at night in his house, he’s not sure if it’s real or if it’s only in his mind. Stephanie, who is already nervous with Ryan, is deeply concerned about her husband’s behavior. As the days go by, Ryan will soon discover what a sinister presence has haunted him in his nightmares.